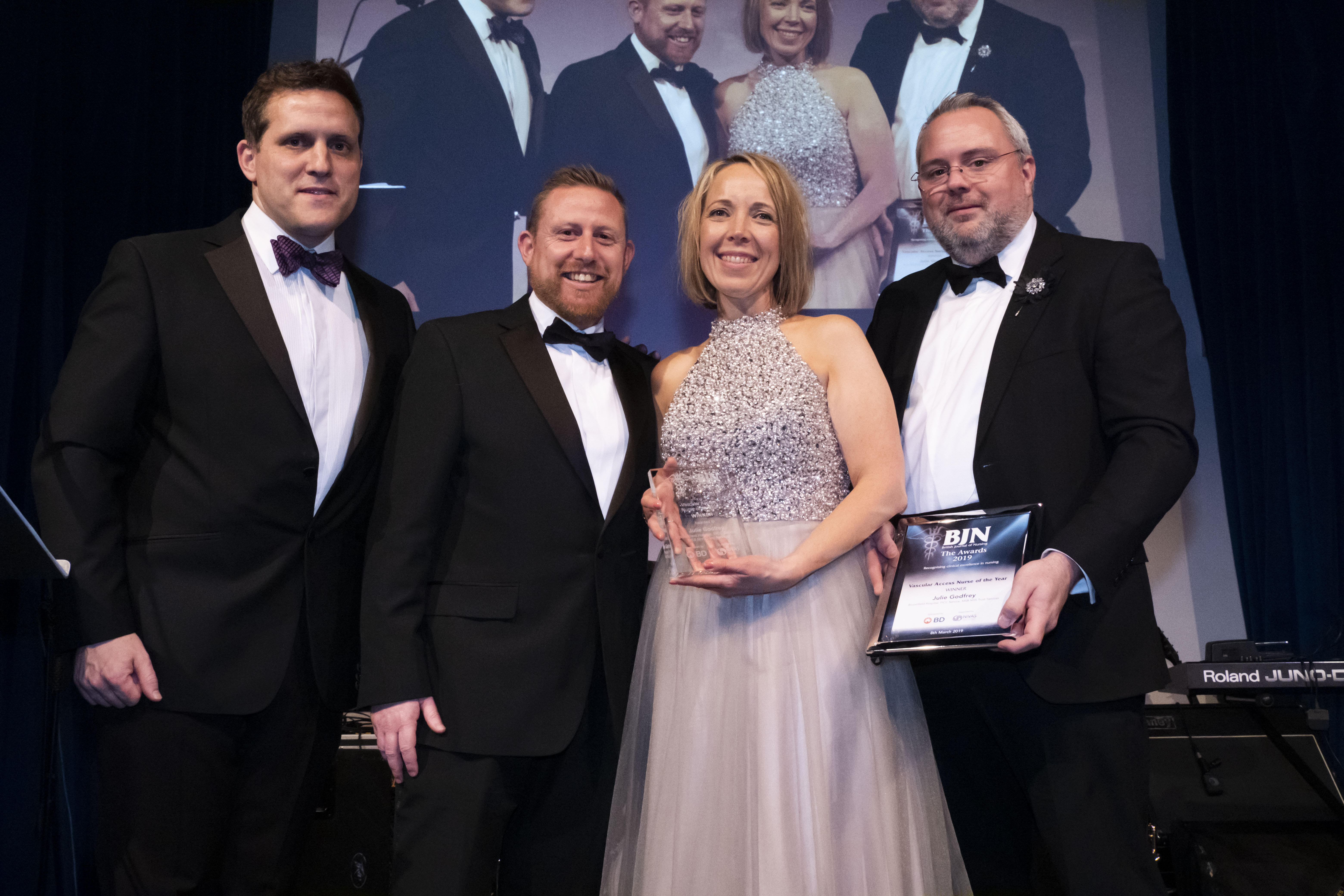 This year’s winner of the National British Journal of Nursing vascular access nurse of the year award was Julie Godfrey Julie, who runs the hospital’s PICC service, said she was ‘absolutely overwhelmed’ by the award.

The Vascular Access category is supported and judged by the NIVAS board and Sponsored by BD. The ceremony, held at Shakespeare’s Globe in London, celebrates excellence in clinical nursing in a rage of different category’s.

In a statement on the Trusts website Julie said, “I was totally shocked when they announced I’d won. I burst into tears and wasn’t sure how I was going to get up to the stage and say something. I just spoke from the heart and said how passionate I am about what I do. Now I want to raise the profile for vascular access and move the service forward.”

Lead vascular access nurse Julie has worked at Broomfield since 1993 and has been responsible for the PICC service since it was initiated in 2012 by consultant Dilshan Arawawala.

“We’re all living longer and your veins can only stand up to so much,” said Julie. “Whilst we have great new antibiotics and chemotherapy, your veins will eventually disintegrate. Patients can die from a lack of vascular access. Now we understand that vessel health preservation is really important.”

Julie paid tribute to the team of nurses Norah Millard and Luigi Gallipoli, associate PICC practitioner Sonia Turner, and consultant Jake Collins: “The team are so dedicated, they work so hard. We provide an excellent service – the CQC rated it as outstanding in 2015 – and patients always give us really good feedback - we get 99% satisfaction. The service has grown but it needs to grow more. We’ve outgrown intensive care and need our own place.

“We see 15-20 patients a week but we also call all of our patients that have lines in on a weekly basis – currently we have well over 200. Many other vascular access departments don’t do this.

“We can avoid admissions by putting lines straight into patients and sending them back out into the community, and we can reduce length of stay which means we free up beds. It’s better for patients and works on all counts.”

Julie has been keen to spread her team’s knowledge and has been training people across the MSB group: “I want to share the expertise that we have so we can mirror–image it across the Trusts so it’s seamless for patients, the care is exactly the same, and patients feel confident and secure.” 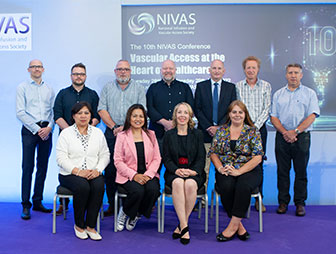 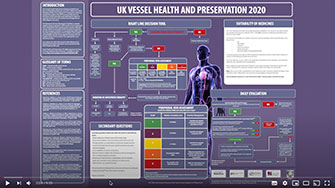